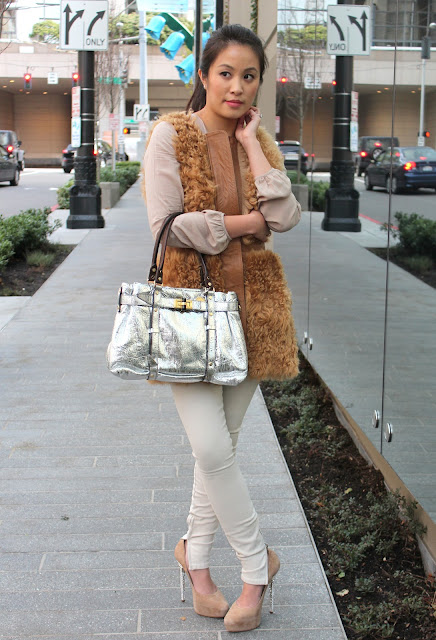 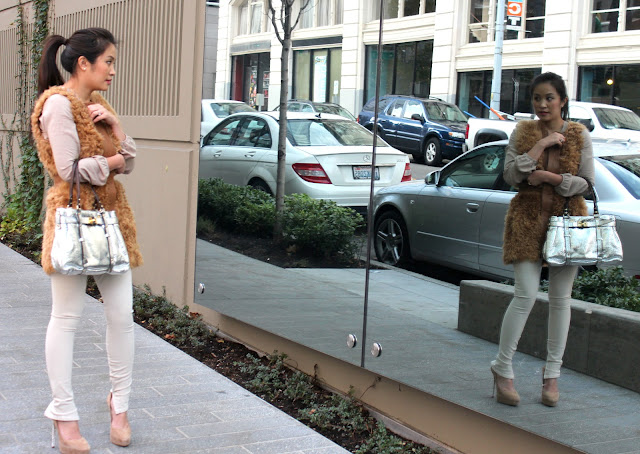 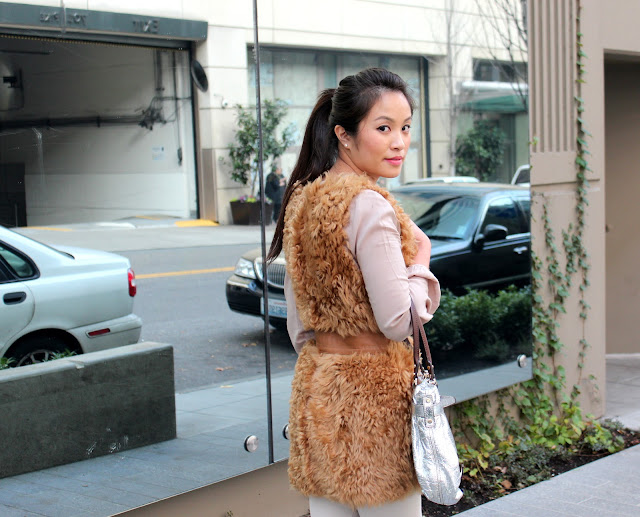 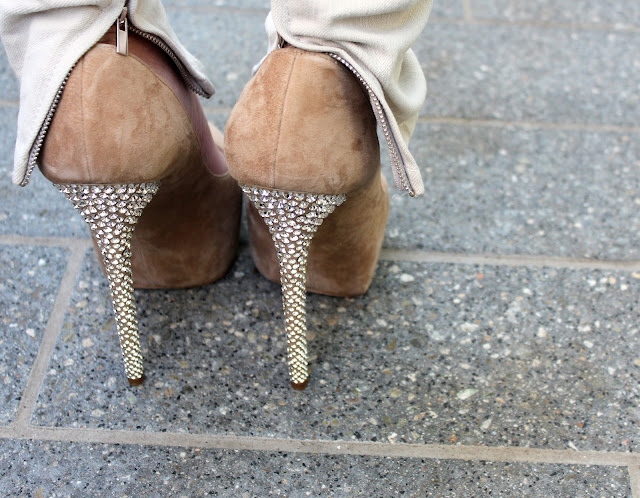 When I tried on this vest at first, I wasn't completely enamored over it.  My cousin actually described the fur as a "sheepie-lion."  And to be honest, I've actually tried on the vest with no pants. All I could see was next year's Halloween outfit as a cave-woman.

However, after revisiting it for a second time, I realized that furry vests make me feel fancy.  No really, like a housewife of Beverly Hills, walking down Rodeo Drive on a frigid (not really) December day.  After living in Los Angeles for 9 months, I'll admit, I've taken a few cues from the funny Angelenos wearing furry jackets and vests during 68 degree winters. Paris Hilton, I get it.  Putting on large amount of furriness on our torsos evokes a casual glamour that only could be described as "feeling like a fancy lady."

Adding the sparkly pumps was totally a last minute idea.  Maybe it's my subconscious making small homage to my second home.

Although I know I'll be a Seattlite forever, I really do miss LA.
Posted by puffie at 12:53 AM 9 comments:

A Hatchling In The Sand 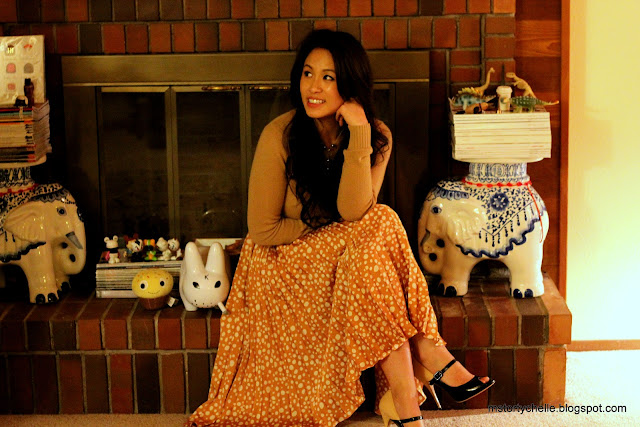 Sweater by Line, Skirt by Tucker,  Shoes by Valentino

When I was kid,  I used to watch the National Geographic TV specials with a bowl of pistachio ice cream religiously.  I remember watching an episode on sea turtles, particularly on the hatchlings making their way to the seawater.  I will always remember feeling a sense of urgency in my stomach, fearing a nearby seagull might swoop into the scene and take one away for dinner.  How could the fate of anything so helpless be in the hands of nature?   Can't the seagulls eat something else?

But thankfully, this episode didn't show that sort of horror.  Instead, the hatchlings make their way across the sand, feel the water for the first time, and successfully swim into a whole new world.  My ice cream bowl was empty, and it was time for bed.  Right before I fell asleep, I started to wonder, "What's next for the turtles?"

Hi.  My name is Michelle.

Posted by puffie at 1:11 PM No comments: